Advice comes in all shapes and sizes. From doing thorough research to engaging your audience in conversation, social marketers can learn a lot from advertising's old school pros.

Okay, so it’s hard to imagine Don Draper meeting with Bethlehem Steel execs in Sterling Cooper’s top floor Madison Avenue boardroom, telling them to get on Snapchat. But even though we no longer think of typewriters as “technology” or describe TVs as “radios with pictures,” there are plenty of solid ideas from the Mad Men-era of advertising that translate to social media.

So let’s throw it back to a time before #ThrowbackThursday existed for some good old-fashioned advice from the old-school pros.

In the premier episode of Mad Men, Don Draper trashes an in-house researcher’s report on the psychology of cigarette users and decides to wing a presentation for Lucky Strike executives instead. While Draper pulls it off, not all ad executives were so cavalier.

“Advertising people who ignore research are as dangerous as generals who ignore decodes of enemy signals,” said David Ogilvy, the founder of Ogilvy & Mather who was credited as the “Original Mad Man” and the “Father of Advertising.”

Ogilvy’s experience at Gallup’s Audience Research Institute taught him to value data way before Big Data became a thing. His knack for research-supported copywriting is best exemplified in his headline for a 1960s Rolls-Royce ad, widely considered one of the best auto taglines of all time. 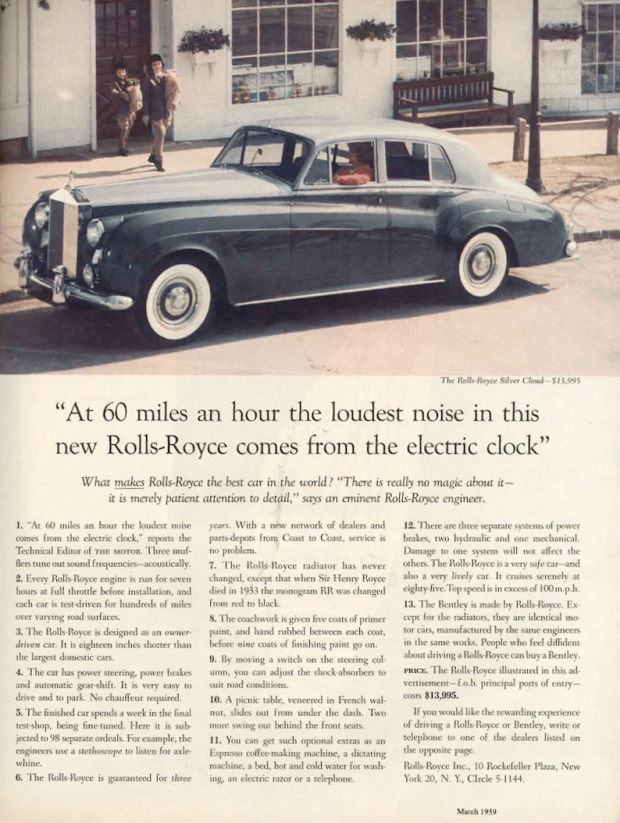 Nowadays, social media marketers looking to emulate the OG Mad Man’s advice should support their strategies with analytics platforms and research-backed ideas. Here are a few tips on how to make social media data work for you.

2. Learning the rules, then breaking them

There are more game changers in the Advertising Hall of Fame than there are rule followers.

“Rules are what the artist breaks; the memorable never emerged from a formula,” said ad exec William Bernbach, creative director who co-founded the agency Doyle Dane Bernbach in 1949.

Bernbach’s “Think Small” campaign for Volkswagen in the 1960s threw out the rulebook for traditional print ads. To sell the compact Beetle to muscle car-crazed Americans, Bernbach’s team departed from convention by picturing a very tiny car on a page filled mainly with blank space. The small idea translated to a big boost in sales and brand loyalty. 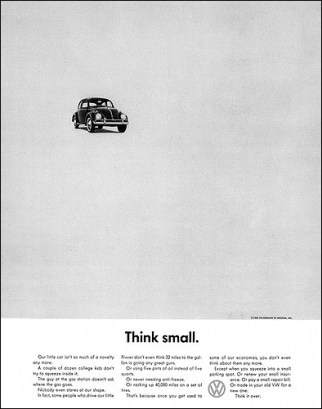 Rule breaking may seem trickier on social media, but it’s still possible. BETC’s “Like My Addiction” campaign caught more than 100K Instagrammers by surprise with the reveal that the Parisian “it girl” Louise Delage was a fake account designed to portray a textbook alcoholic. Created for French organization Addict Aide, the initiative demonstrated that it can be difficult to spot signs of youth alcoholism.

Known as the world’s first female copywriter and the author of the first ad to use sex appeal, Helen Lansdowne Resor was keeping advertising real long before the ad men of the swinging 60s and 70s came onto the scene.

Her conviction that “copy must be believable,” can be found throughout her entire body of work, including her early copywriting for Woodbury Soap Company in 1910. Smooth taglines like “A skin you love to touch,” and “Your skin is what you make it” remained in circulation for decades. 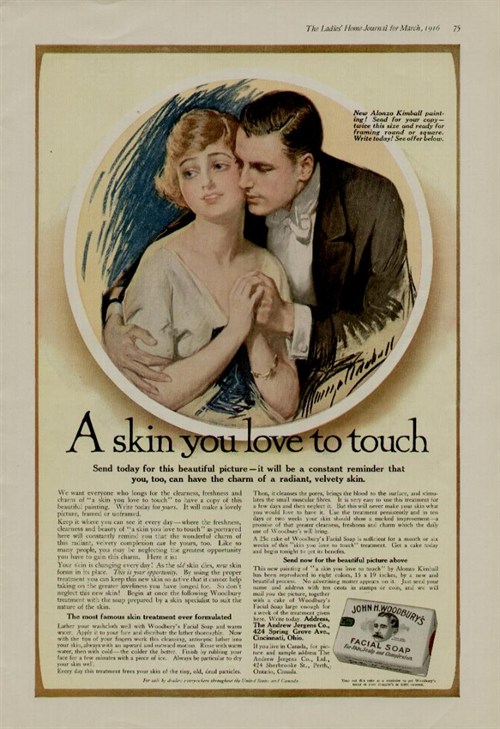 Social media marketers can take Lansdowne Resor’s point in two ways. First, copy should not be too over-the-top or exaggerated, especially since teens are skeptical when it comes to trusting brands. Avoid empty platitudes or superlatives that may arouse doubt.

Second, don’t lie. Millennials are 43 percent more likely than other generations to call a brand out on social media. You dig?

4. Getting right to the heart of things

It’s hard to imagine that the “I ❤ New York” slogan was invented in a pre-emoji world. Sparse in word count and minimal in design, the logo is emblematic of co-creator Jane Maas’ direct approach to advertising.

In How to Advertise, a book Maas co-wrote with colleague Kenneth Roman, she explains, “Commercial attention does not build. Your audience can only become less interested, never more. The level you reach in the first five seconds is the highest you will get, so don’t save your punches.”

The advice is eerily applicable to video marketing in the current digital media ecosystem, where attention spans are running shorter than ever, especially among today’s teenyboppers. You must catch your audience’s attention immediately, or risk losing them entirely.

Check out The Four Key Ingredients of a Perfect Social Video for more pointers on creating punchy video campaigns.

Inspired by a sea lion performance at a zoo, John Gilroy developed the “My Goodness, My Guinness” for the Irish beer company in the late 1920s. The series depicts a flabbergasted zookeeper prying his beer from the arms of a polar bear, the pouch of a kangaroo and the jaws of a crocodile. And, of course, a toucan.

The humorous misadventures of the zookeeper pop with vibrant colors set against an often-white backdrop. Keen observers point out that it was Gilroy’s uniform use of typography that helped solidify Guinness’ brand image. The popularity of the artwork and consistency of style made it one of the longest advertising campaigns in history. 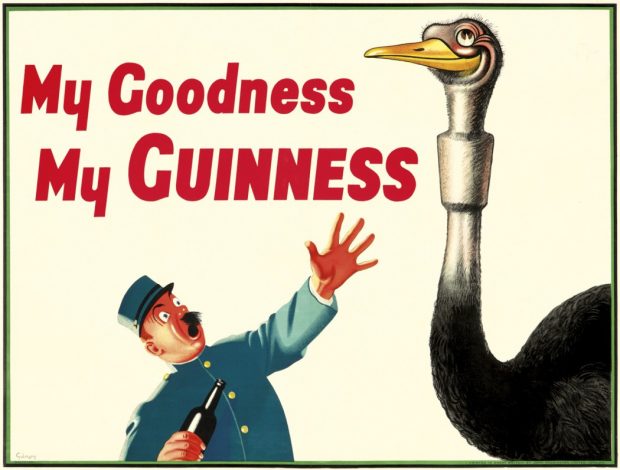 Using images is a great way to up your social media game, especially since visuals can aid in information retention. Marketers should ensure that photos complement branding and style guidelines. And where possible, add the logo and logotype to the image. Consistency in style is a bonus, but it will help your followers recognize your brand on any platform.

If you don’t have access to artists, photographers, or graphic designers, check out these resources for creating quick and beautiful images for social media.

As the first black man in Chicago advertising, Tom Burrell quickly saw that advertising boardrooms had a diversity problem. Too often, ad execs would create content for white audiences and expect it to have broad appeal. Or, they’d create a commercial for white actors and film a second version with black actors.

After witnessing a number of insensitive and blunders, Burrell found himself repeating to his colleagues, “Black people are not dark-skinned white people.”

By advocating for tailoring messages for specific communities, he was one of the first to pioneer ethnic micro targeting in advertising. He founded his own agency, Burrell Communications, in 1971 and quickly became the authority on crafting messages for African-American audiences.

In work he did for McDonalds, Burrell reasoned that the company’s slogan “You deserve a break today” sounded too occasional for many African Americans who had a more regular experience with the fast food chain. Instead, he came up with lines like “Sure is good to have around” and “Get down with something good at McDonald’s.” 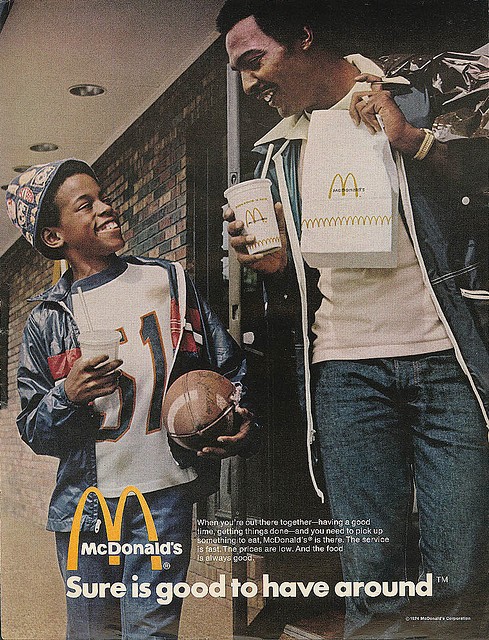 With Gen Zers forming the most ethnically diverse population in U.S. history, Burrell’s approach is one that social media marketers should put in practice.

Here’s how to find your audience on social media.

In 1970, advertisers working for Schaefer beer created a print ad to commemorate the company’s tradition of producing America’s oldest lager. The minimal layout was designed to place emphasis on the year Schaefer’s lager was introduced, with a 10-word tagline reading: “1842. It was a very good year for beer drinkers.”

The two-page ad was placed in a number of popular publications such as LIFE Magazine. But its placement in Ebony Magazine, a publication with a predominantly African American readership, drew criticism.

As Tom Burrell points out in an interview with NPR Planet Money, the year 1842 in the United States was a year many black people were enslaved. “It just screamed insensitivity,” he says. “It was a horrible year for us.” 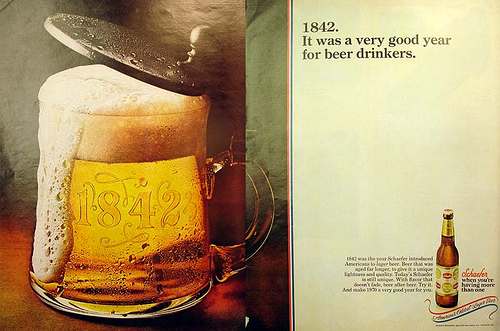 Getting context wrong can make a brand appear ignorant at best. At worst, it can cause lasting damage to a brand’s image.

Getting context right, on the other hand, can have a positive effect. Wells Fargo adapted its television commercial so that would be optimized for Facebook, where viewers prefer shorter content and may watch videos without sound. To promote the launch of Friends and prove the show’s relevance, Netflix’s Pre-Roll campaign shows viewers a clip related to the YouTube video they’re about to watch.

Social media marketers should shift from cross-posting to cross-promoting, with content tailored to suit each platform.

8. Engaging the audience in a conversation

In the 1950s, American advertising executive Shirley Polykoff’s personal approach to copywriting convinced women across the United States to colour their hair. By posing the question “Does she… or doesn’t she?” in Clairol hair-dye commercials, she reassured women that a hair colouring—then a new fad—could look natural.

“Copy is a direct conversation with the consumer,” she said. Her lingo was so effective that it’s now part of the vernacular: “So natural only her hairdresser knows for sure” and “Is it true blondes have more fun?” Who knows, maybe if she’d worked on a campaign for Rogaine we’d still be using the phrase Chrome Dome.

Besides being concise and memorable, Polykoff does something important in her copy that all modern social media marketers should take note of—she asks a question. Posing questions to your audience is a great way to get followers engaged and increase the visibility of your campaigns, such as Airbnb’s #TripsOnAirbnb campaign.

To get the conversation going on social media, Airbnb asked followers to describe their perfect vacation in three emojis. Not only did the prompt generate hundreds of responses, but Airbnb kept the conversation going by responding to each submission with Airbnb Experience suggestions. Remember, if you want to start a convo, follow-through is key.

More brands have been exploring the opportunities to engage via direct messaging, too. To jumpstart conversations between brands and users, Facebook just introduced Click-to-Messenger ads.

Here are a few more tips from an expert on writing ace social media ads.

Incorporate these old-school marketing tactics into your social strategy using Hootsuite. Easily manage your social channels and engage followers across networks from a single dashboard. Try it free today.