It’s easy to assume that English is the lingua franca of the web. While it still ranks as the top…

It’s easy to assume that English is the lingua franca of the web. While it still ranks as the top language in use, its share is giving way to Chinese, Spanish, Arabic, and Portuguese. Multilingual social media has never been more relevant.

The online use of India’s languages is also rapidly expanding, as Indian users are projected to represent 35 percent of the next billion mobile connections across the world. By 2021, 73 percent of India’s Internet users will prefer to use languages other than English.

Engaging with your followers in their primary language is key to forging lasting and meaningful relationships. A study by Facebook found that Hispanics in the U.S. view brands that advertise in Spanish more positively.

Language also affects consumer confidence. More than 70 percent of consumers require information in their language before making a purchase.

Whether you plan to connect with a current customer base or expand into a new market, use these tips to avoid getting lost in translation or committing a bilingual faux pas.

Marketers should always know who they’re marketing to. That includes knowing what language their audience speaks.

Don’t just cater to your existing bubble. If you’re a U.S. company and you have a disproportionately low number of Spanish-speaking followers, it may be a sign that you are inadequately reaching the Hispanic market.

Tech giants such as Google, Facebook, Microsoft, and Amazon have made exciting advances in auto-translation, but they still can’t compete with humans.

Amazon experienced the failings of its translation algorithm firsthand when it attempted to create a Hindi-language site. Not only was the machine-generated Hindi completely illegible, it also didn’t account for the English loanwords that have crept into the Hindi lexicon.

Another example: To deliver pithy captions or punchy taglines, social media copywriters often rely on satire and wordplay that easily gets lost in machine translation. Just ask HSBC. The mistranslation of the multinational bank’s “Assume nothing” slogan incorrectly directed customers to “Do nothing,” leading to a $10 million rebrand.

Blunders can be costly. But poor translations can also communicate a lack of respect.

Why even large organizations aren't sheltered from embarrassment when they don't do their homework. Someone at Telus didn't proofread the French translation: instead of a motivational piece, wound up with a nefarious ad inciting murder and self-harm! #fail #PublicRelations pic.twitter.com/QBjqjmNb6k

When Singaporean sushi chain Maki-san mistakenly cursed fans in Malay with its “Maki Kita” dish, some critics admonished the brand for diversity shortcomings. 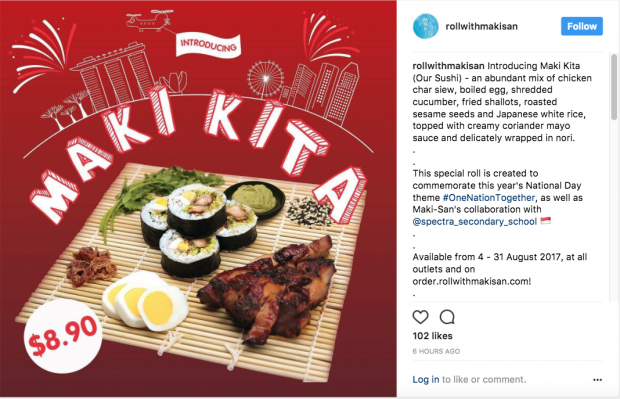 As a general rule: If you don’t understand it, don’t share it. At least not before double checking with someone who does.

Brands like to coin new words for products and campaigns. Since they’re made-up words, they have the potential of resonating with all your linguistic audiences in one shot.

Before going this route, check to ensure your new word doesn’t have any unintended meanings in other languages.

Google Translate comes in handy for test purposes, especially since customers may use it if they don’t understand your neologism. If Target had checked, it would have realized its “Orina” shoes read as “urine” shoes in Spanish.

Some words, whether they’re made up or not, just don’t translate well into global markets. Just ask IKEA. From its FARTFULL workbench to its Gosa Raps “cuddle rape” pillow, many of its Swedish product names have raised a few eyebrows.

Neologisms aren’t to everyone’s taste, but they do have a propensity to spread on the Internet. The No Name Brand came up with a pretty cheese-tastic portmanteau for its cheddar-spread, and it’s just as fromidable in French.

In interviews conducted by Facebook, U.S. Hispanics told the company that they often see copy translated from English to Spanish too literally and too loosely.

Translations that are too literal can make audiences feel like an afterthought.

Words are only one part of the translation equation. Ultimately the best translations aim to convey the brand’s message or essence, which often means literal renditions aren’t up to snuff. (Imagine, for instance, a literal translation of “up to snuff”.)

Content should always be adapted to account for cultural nuances and differences. BuzzFeed was able to rapidly expand into global markets in part because the company understood the need for localization.

Pretty much everyone speaks the visual language. Case and point: Emojis.

Photography and video are a great way to communicate a brand message to a broad audience. With video, be sure to include captions as needed.

Be sensitive to cultural customs and social taboos. Drinking and kissing on screen is taboo in certain cultures. Gestures like thumbs up and the ok sign are also perceived differently in different places.

In 1997, Nike had to pull its Air trainers after receiving complaints that its flame symbol too closely resembled Arabic script for “Allah.”

Social media companies have several tools in place for multilingual users and account managers. Here are the key stats features for each platform:

Divide and conquer by creating different accounts for different language segments. The NBA has two Facebook pages: One in English, and one in Spanish.

World leaders, who are often more inclined or required to speak in multiple languages, can also offer a good model. Take Pope Francis, who has no fewer than nine different language accounts on Twitter, including Spanish, English, Italian, Portuguese, and Polish.

But if you are posting regularly or your audience is fairly bilingual, multiple posts with similar content may be tedious for you audience. If that’s the case, go the multiple account route, or create bilingual posts.

If copy is long, it may be worthwhile to indicate upfront that a translation will follow.

On Instagram, Tourisme Montréal posts captions in French and English, using a forward slash to separate them.

In this example from Halenmon sea salt makers, Welsh is used in the image and English is used as the caption.

Whichever approach you choose, make sure your audience’s interests are top of mind. The goal is to communicate as clearly as possible, so go with the strategy that best allows you to do that.

Warning: This one’s only for advanced language levels.

Hybrid language melanges like Franglais or Spanglish can be employed to great effect when done shrewdly.

A recent Facebook study found that 62 percent of U.S. Hispanics surveyed agree that Spanglish can be a good way to represent two cultures. But nearly half say they prefer not to mix languages, with some respondents noting they find it disrespectful.

Some brands have played on interlingual homophones with success.

French Lait’s Go milk-to-go bottles sounds like “Let’s Go” in English. Another option is to rely on loanwords that work in two languages. Air Canada’s bilingual in-flight magazine enRoute works because the phrase “en route” is commonly used in both French and English.

12. Use language to highlight brand culture

Some brands use language to display cultural pride.

Air New Zealand greets passengers with “Kia ora, we wish you well.” Though the phrase is common among Māori and New Zealand English speakers, its contextualization aids other English-speaking customers and presents the airline as a cultural ambassador.

For online retailers, the most crucial touchpoint when it comes to language is the shopping and checkout experience. If a consumer can’t understand it, they won’t buy it. It’s as simple as that.

Online consumers will avoid unfamiliar or un-translated purchases for fear of making a poorly informed decision.

Trial periods, samples, and reasonable return policies can help assuage a customer’s doubts. But nothing beats speaking to a customer in their language.

Many brands have sights set on China and India for expansion.

Use Hootsuite to easily manage all your social media accounts across the globe from a single dashboard. Try it for free today.